Stella Donnelly at End of the Road 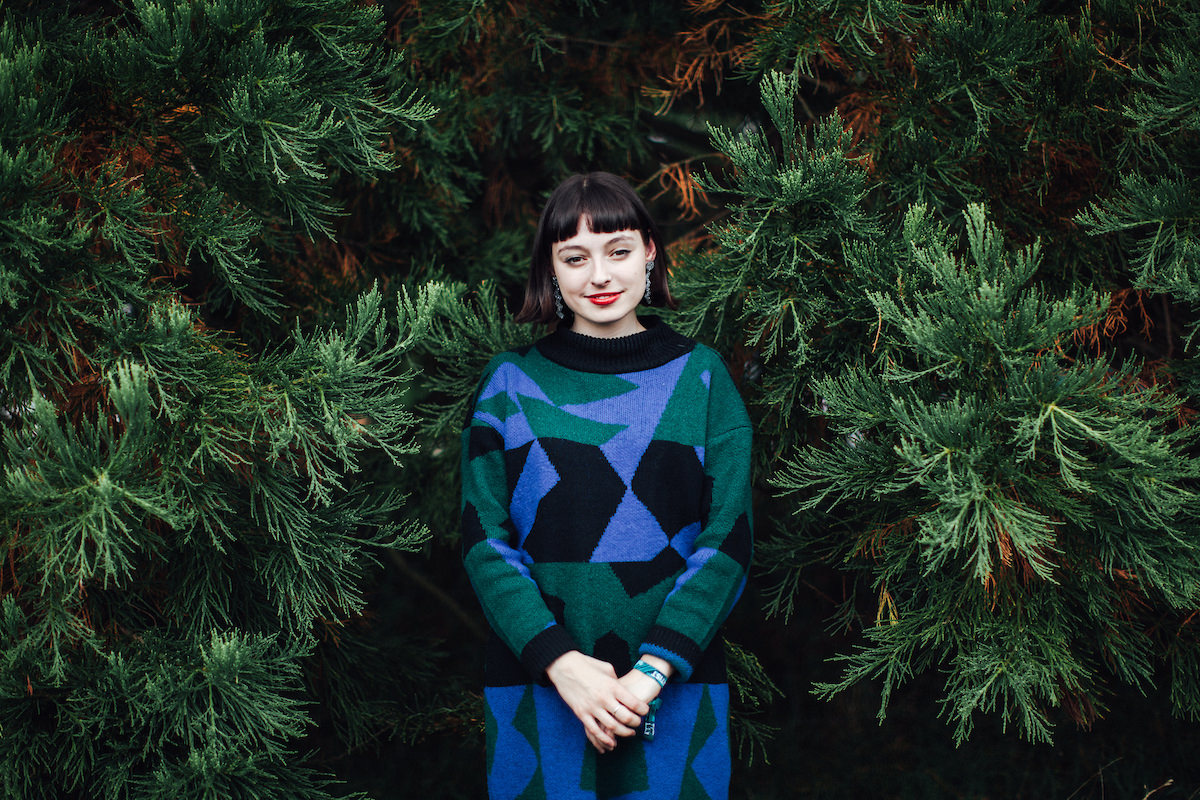 [one-half-first]Lots of festival portraits are scheduled via PRs who are lovely but aren’t there and tour managers who are probably lovely but have no reception because they’re in a field, and so are you. Sometimes the appointed meeting doesn’t happen, like this time, but then you just happen to be passing the dressing rooms behind the Teepee Stage on the way to something else entirely and Stella Donnelly just happens to stick her head out right then and sees you and says, “HI!” with great enthusiasm because she thinks you’re someone she met in Texas, and you’re not, and you both laugh and then you explain that you’d actually been trying to [/one-half-first]
[one-half]arrange a portrait but it didn’t work out and that’s totally fine, and because she is lovely Stella says, “let’s do it now!” and you make her stand by a tree next to the loos and the pictures are nice, and then some band’s van almost runs you over and she laughs and the picture is even better. And later your boss will be reviewing the photography team’s shots from the day and pick that one out and know its one of yours because “it’s got Rachel written all over it”. (Thank you, Anna Mears.)[/one-half]